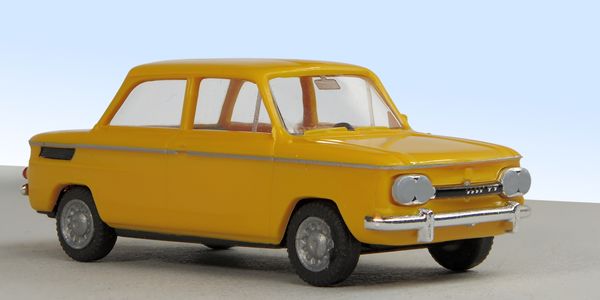 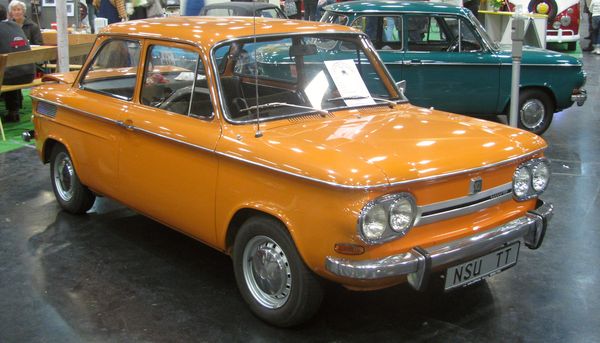 Unpainted model. Tail lights inserted (all red), but headlights curiously represented by grey paint pads on a chrome background: it’s ugly! The windows are very transparent and allow you to see that the steering wheel is too big: it touches the seat. Burrs on the tyres, visible in the photo.

Model to scale (except for wheels): it’s rare enough to be noted.

Most of the pictures, like the one that illustrates this article, show a chrome grille bar with a thin black line. The Busch model shows the opposite, which was the case of the previous Prinz model. So, it would be a wise mix, as often, to save on the mould and/or decoration.

The NSU TT was built, with variants, from 1965 to 1972, by NSU Motorenwerke (Neckarsulm Strickmaschinen Union).

Note: on many photos, we can see the rear cover — that of the engine — ajar. Indeed, it appears that the engine cooling was very insufficient; this was the easy way to overcome this problem. I suppose that suitable kits were sold for this purpose. Busch did not reproduce this feature on the scale model… 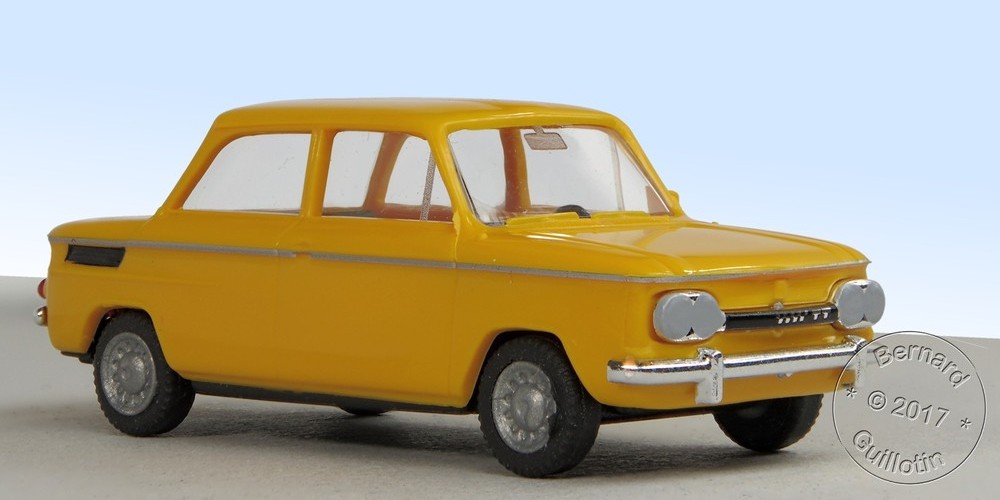