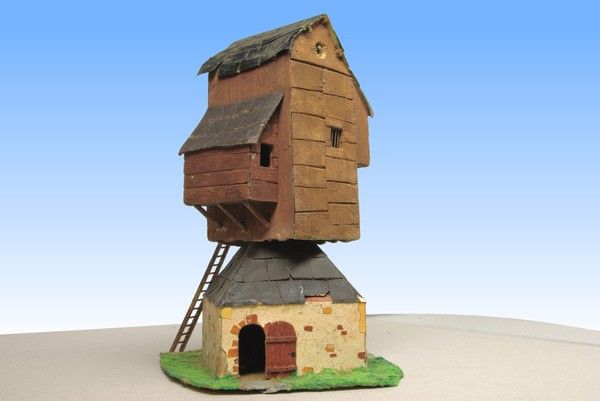 Personal making around 1967, with wood (camembert boxes), cardboard, gum pieces for large stones, etc. With, for only diagram, the cover illustration of a draft notebook!

It was located on a small hill, bypassed by the Decauville track. Who knows? Perhaps the miller had in the old days used this means of transport for his bags of wheat and flour?

The wings have suffered the outrages of time. They were powered by a Jouef motor with no gearbox, which made this mill a fan instead!

And, between ourselves, it is a little more charming than a modern wind turbine, isn’t it?

Here is the picture of a windmill in Flanders, which does not correspond exactly to the one that inspired me, but is rather similar. It is the Accou windmill of Houtkerque (North of France), which has 23 m long wings. 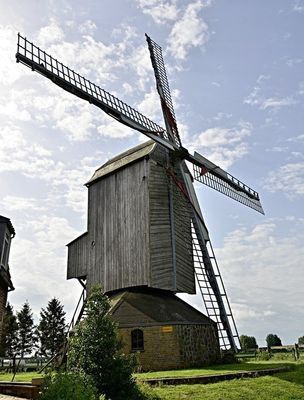