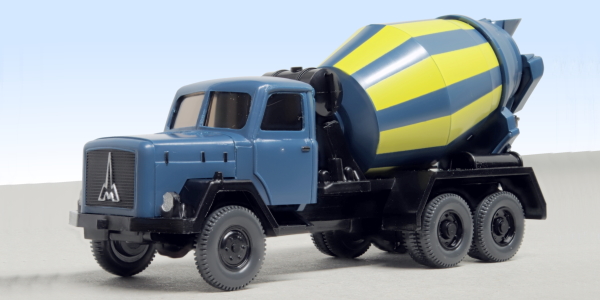 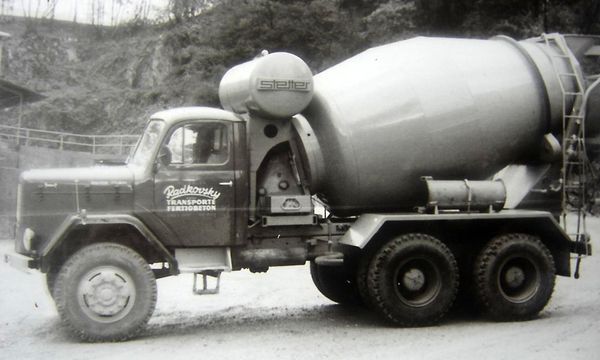 The mould seems old enough. No cabin layout, so smoked windows serving as smoke screens (see Fiat 1800)! No mirrors, no windscreen wipers. Unpainted blue plastic. Lack of finishing: I had to remove a large burr under a front wing, and a headlight is poorly moulded.

The door join should be hollow; the bonnet, held by rubber tensioners, should instead be in relief.

Finally, on almost all the photos of concrete mixers that I could see, the water tank behind the cabin, serving, I believe, to rinse the mixer once the concrete delivered, is placed much higher.

Magirus-Deutz lorries had the unique and original feature of having air-cooled engines (like the Citroën 2 CV!), a considerable advantage in case of frost.

The naming of the Magirus-Deutz lorries is complicated. This one would be a Saturn; its cab is called Eckhauber Erste Generation (angular bonnet first generation). This square cabin appeared in 1953. From 1964, the planet names were replaced by an alphanumeric suite. The Wiking model would be prior to 1964. This is corroborated by the site camionclubdefrance, on which we see the photo of a Magirus Jupiter bought in 1964 that already has the new grille, like that of the model opposite. 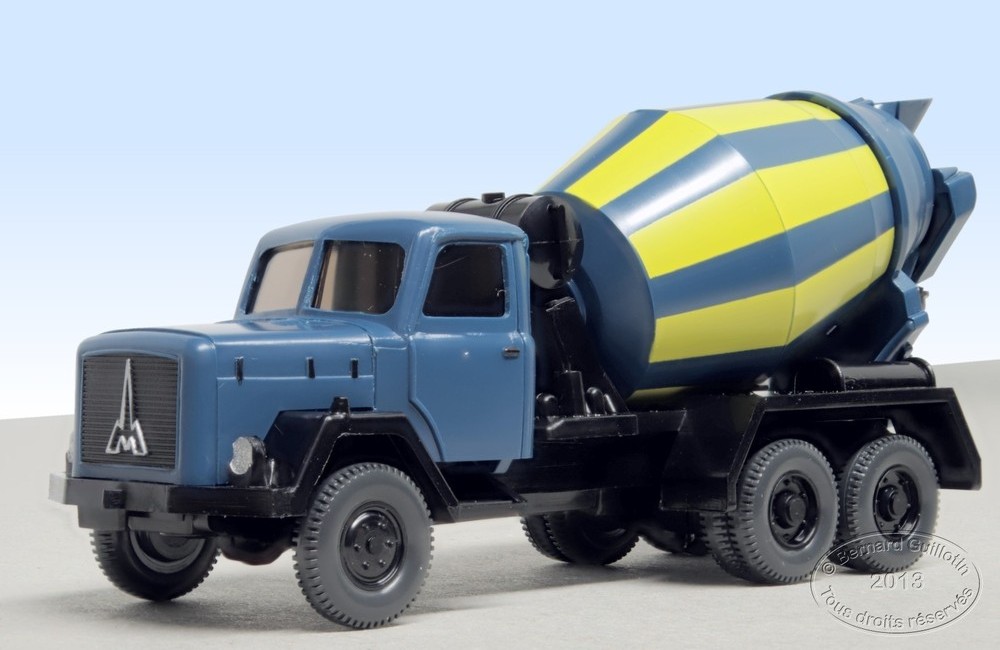 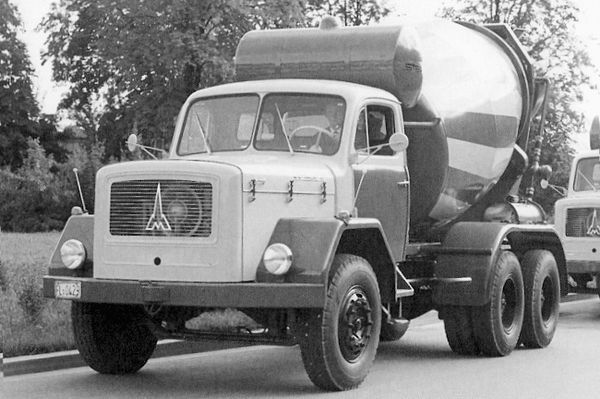