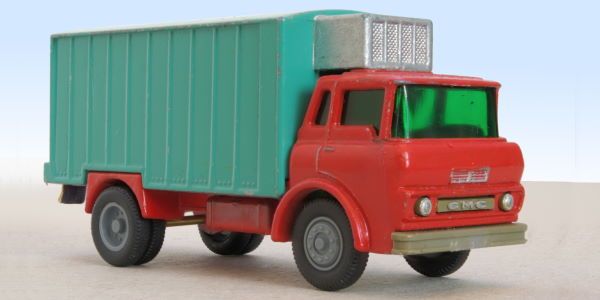 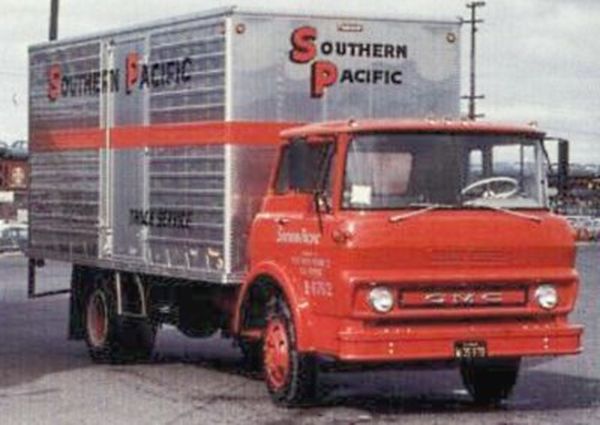 Model appeared in 1967 and removed in 1972 according to the Moko Lesney Matchbox Toy Collecting website.

Wiking wheels mounted (rear paired) and painted, because entirely grey at the origin. This required milling of the wheel arches.

It is a model of the GMC L series built from 1960 to 1966. This is probably an L4000. These are perhaps the first tilt cabs. It’s an American truck; it’s very doubtful that some existed in Europe (except for the US contingent in Berlin) and a fortiori in France. 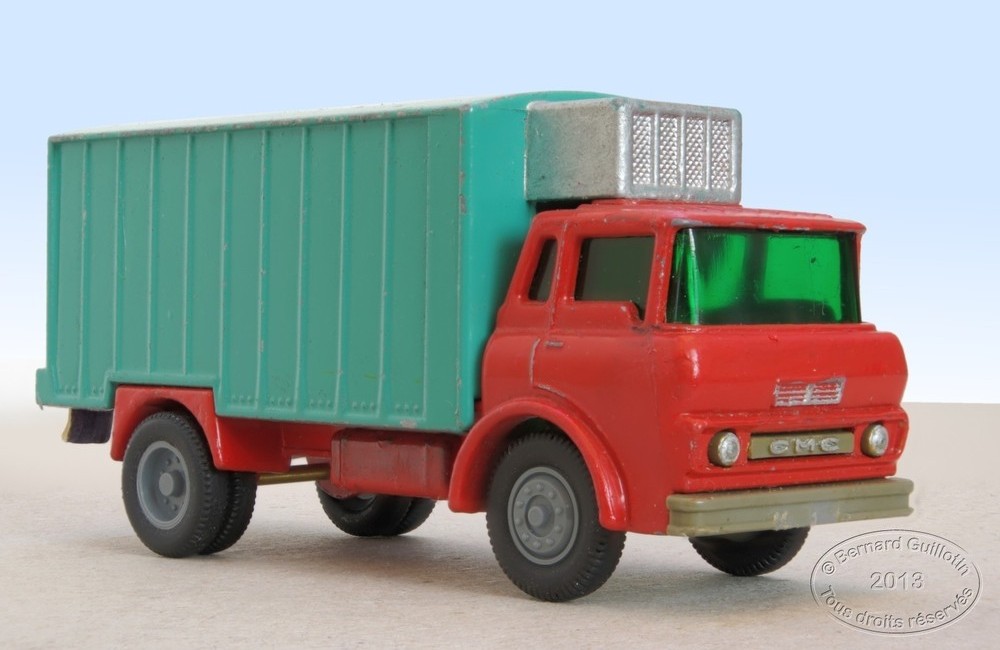