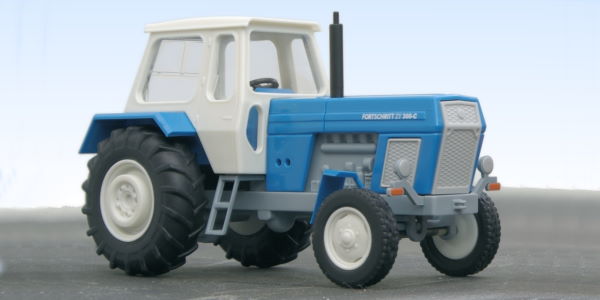 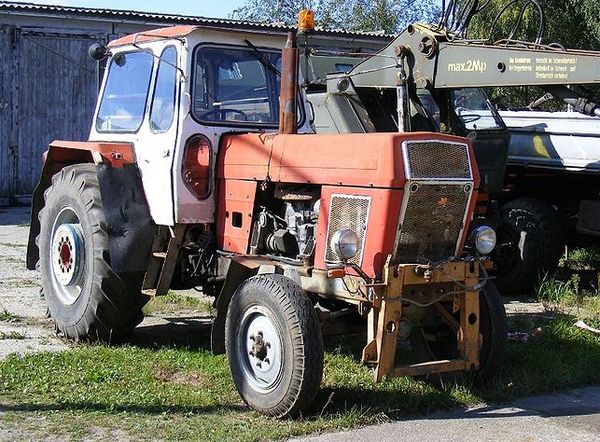 Both copies have the same reference, but not the same designation: the red is 300 D, the blue is 300 C (indicated on the bonnet and on the box!)
Gray plastic makes too much of a toy.

Fortschritt means Progress in German. This is a brand of the former GDR. The ZT 300 dates from 1973. It would be surprising if these machines could be imported in France!

According to FA57 on the Loco Revue forum, German tractors had mudguards on the front wheels, which were not mounted on vehicles exported to France.