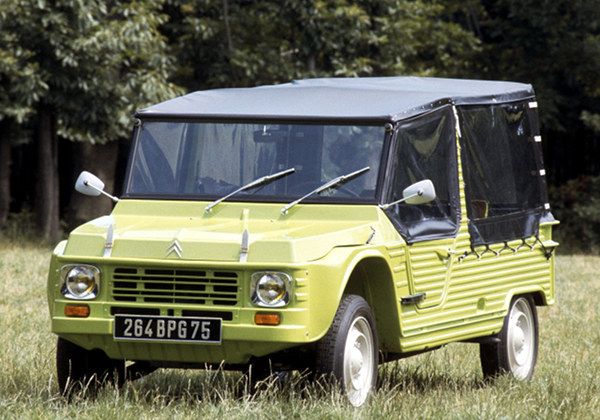 Three copies: white, yellow, orange. The hood is exaggeratedly raised towards the rear and prevents the loading on the first level of the car trailers.

In view of the grille, of the bonnet’s front end and of the indicators, the model reproduced by Norev is from 1978.

The Mehari was produced from 1968 to 1987, in Bezons (near Paris) the first year, then abroad (Belgium, Spain, Portugal).

The vintages before 1978 are recognizable by the fact that the Citroën symbol (the double chevron) is on the horizontal part of the bonnet, while later, it is on the front vertical part. The front indicators, which were round and on the side of the headlights, become rectangular and pass underneath. The grille becomes lower.