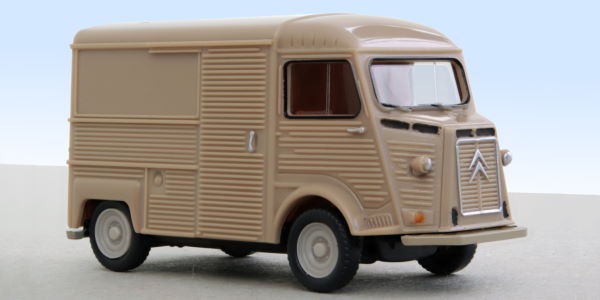 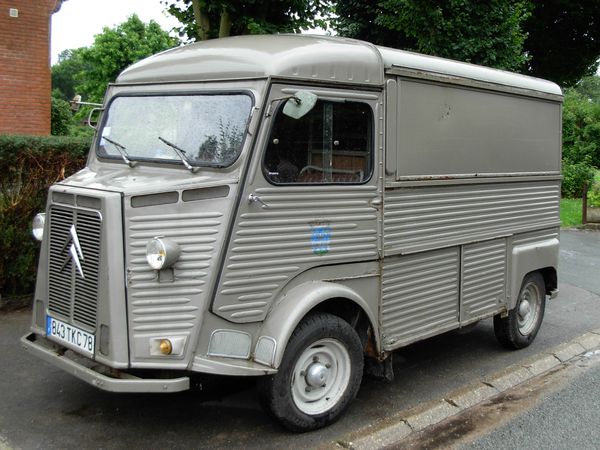 The cab, especially the doors’ windows, has more successful proportions than the competitors Busch and especially Atlas. The grille is more vertical than Busch and Eligor, which seems to me more in line with reality. The choice of beige colour is surprising. I have seen a variety of colours, but not this one!

The headlights, which look up, the lights and indicators are painted. The windows are not flush. The rims are correct. Unpainted model, the roof’s plastic is shiny but already scratched.

The corrugations have a relief too pronounced. Their number is not correct: 14 on the front door instead of 16.

This time, we won’t have a Citroën H perfectly correct yet, but we progress… 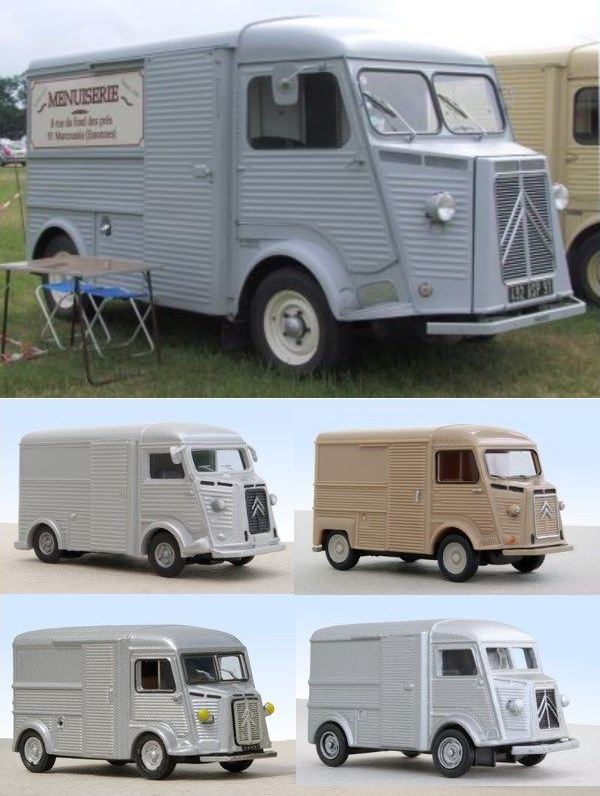 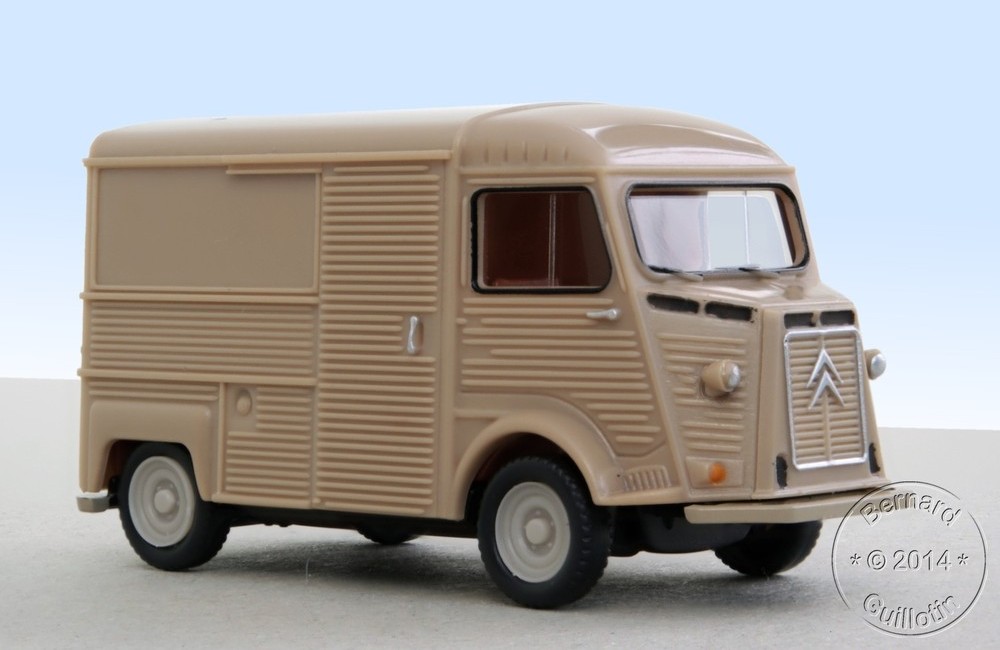