I recently discovered that there are rechargeable batteries (for my flash for example) that are not empty when you need them! Yes it’s true! Here is an article for the ignorant like I was a little time before…

The real pain of batteries

For a long time, I’ve been using rechargeable batteries to replace conventional batteries, mainly for flashes, and also for a cassette recorder (that was a long time ago, I tell you). And I have always been confronted with the problem of unloaded batteries just when it is needed. Murphy’s Law will you tell me? No! Law of self-discharge. The classic NiCd (Nickel-Cadmium) and NiMH (Nickel-Metallic Hydride) batteries, if they have a large enough capacity in a restricted volume, have a big defect: they do not retain their charge. You are careful: you load them carefully in anticipation of their next use. If it’s a month later, it’s too late! They are already half empty!

I do not (finally, yes, I do) even speak of their other defect: the memory phenomenon. If you recharge a battery not completely discharged, it’s as if its capacity is amputated from the remaining charge. So, inevitably, the battery loses its capacity.

Knowing this, I had bought a quick charger that proposed a discharge / charge cycle, supposed to remove or at least mitigate this memory effect. Oh yes it was fast: after an hour, the batteries were charged, and burning, or dead! Besides, gently, the charger warned me: defective battery! So, I bought relatively expensive batteries for a lifetime that was barely superior to normal batteries, and I had spent my time recharging them almost without being able to use them. Find the mistake.

I discover the low self-discharge batteries

I fell a little by chance on Olivier Huet’s blog who speaks, among other things, of this topic. Two articles have caught my attention: the one called Choosing rechargeable NiMh LSD batteries, where LSD has nothing to do with Lucy in the Sky with Diamonds nor with a certain acid; and this other one: An intelligent charger changes everything.

To conclude: we now have NiMH batteries that retain their charge, but they can’t be found in general stores; and chargers that allow to suppress the memory effect, even on rather old batteries.

So, I bought a smart charger and two packs of four preloaded AA batteries with low self-discharge. I don’t know how long they were stored, but, installed directly into my flash, they worked flawlessly, with a recycling time of 4 s. For now, I am satisfied! 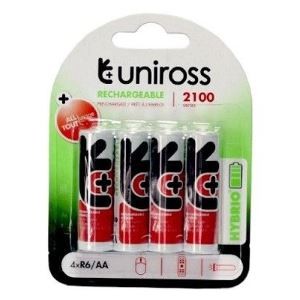 Other types of batteries

A decade ago, I would have liked to get a remote control for my K10D Pentax camera, but such an accessory, from the same brand, cost a small fortune, and I was content to tinker an electric remote release (photo opposite) with a good extension cable… and bad contacts (jack plug not really reliable). I need a remote control especially to take pictures of my train compositions. 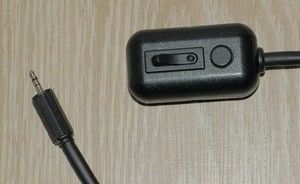 At the moment, prices have dropped, and we can find this kind of remote control at less than €5 (this one, which I bought, is a bit more expensive). And it works quite well — with a range rather less than advertised. But it is greedy. Its battery is a lithium button type CR2032. After about thirty shots, you find yourself at 50 centimetres of the camera: there, you think it would be more intelligent to press directly the camera release… 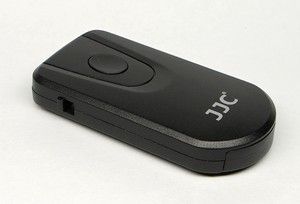 And I discover — this is definitely the era of great discoveries — in this shop that there are rechargeable batteries of the same size as the CR2032 batteries, in Lithium-ion technology (Li-ion, yes, as in smartphones). Although the capacity is very low (40 mAh against at least 200 mAh for the CR2032 battery), this is interesting, except that this battery has a rated voltage of 3.6 V instead of 3 V, which may seem acceptable. But I note that the end-of-charge voltage reaches 4 V. 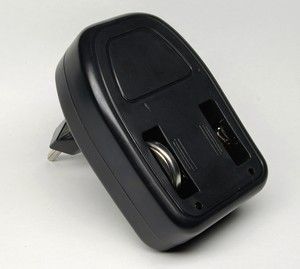 Never mind, I try anyway: for the time being, I have done about twenty shots without worry, and, in addition, the range is significantly increased; nothing surprising: with 33% more voltage, the current in the infrared LED is certainly damned boosted, and this worries me a little!

It’s a rather old technology but it’s only beginning to emerge, and it’s not yet mature, it seems. In any case, I see an advantage: the rated voltage is 1.6 V and not 1.2 V as for NiMH. There are electronic devices for which this difference can disrupt operation. For proof, I have an “old” Canon PowerShot compact camera supposed to work with two AA batteries. With conventional batteries, it hardly works. And it needs high-end (the little rabbit), otherwise, after ten photos, you have to replace them! 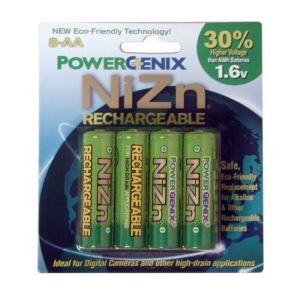 That said, for the moment, and according to this article of Marc Doigny, the disadvantages of these batteries still clearly outweigh their advantages. Wait and see… Marc Doigny is a Belgian photographer who apparently knows a bit in battery charging!